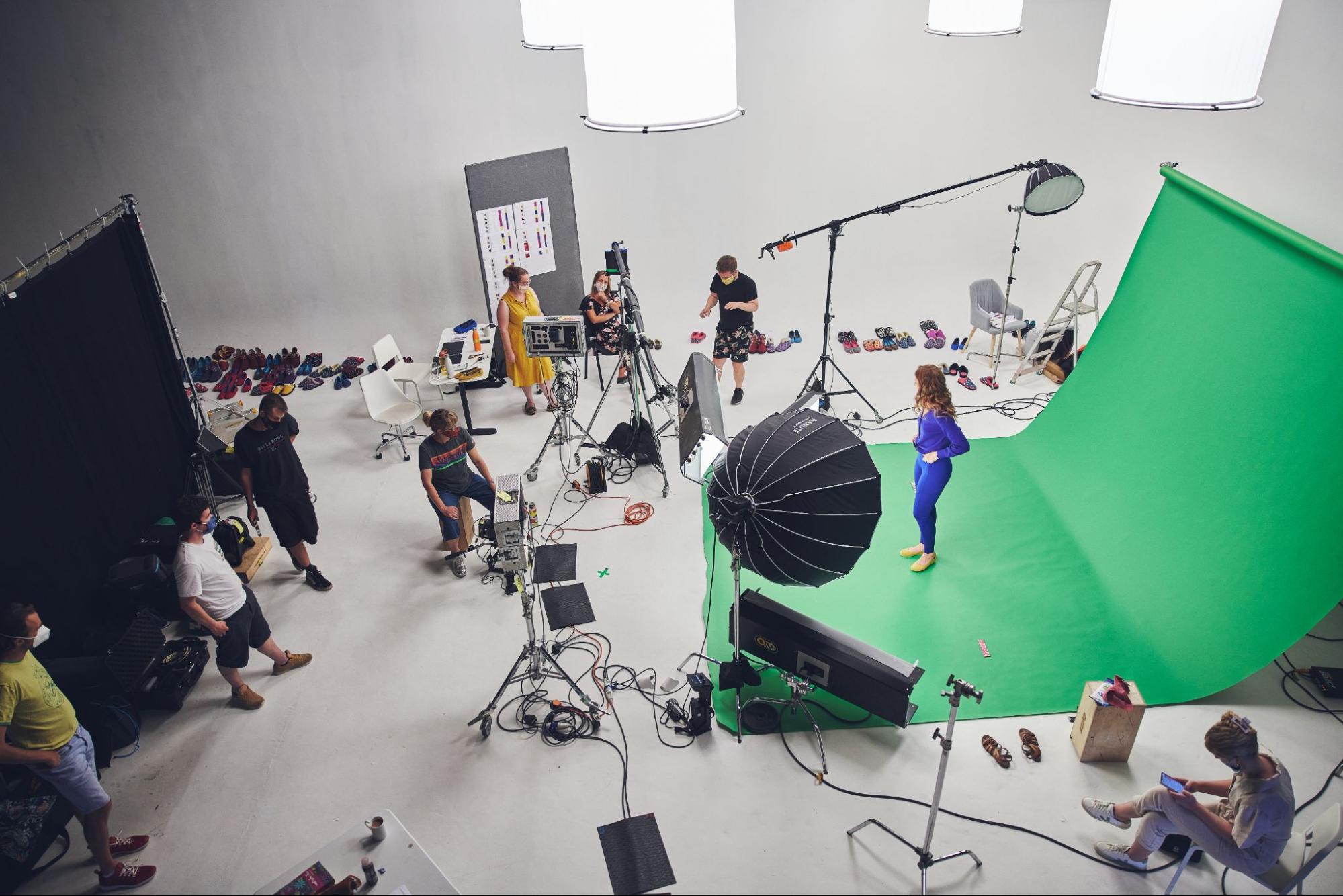 Behind the Scenes with Moshulu

Moshulu as a brand is vibrant, fun and very colourful. They offer a range of beautiful shoes and accessories, however, this ad was to promote their extensive range of colourful, comfortable slippers. We needed to create a TV commercial that is as bright, energetic and vibrant as the slippers they are.

Before even meeting Moshulu we created a storyboard and animatic to better illustrate our creative route. We found an upbeat music track and utilized their brand colours in our visual assets to create a visual representation of what the ad could look like. This was a great starting point to develop ideas with our client and get the ball rolling.

We settled on creating an ad with a combination of dancers and models, dancing and posing in front of a green screen. We choose to film against green as this would offer us the most flexibility and control in post production, allowing us to alter the background colours and potentially add text behind our models and products.

The majority of the shots would be of the feet dancing in lots of different products. This would be intercut with clips of the models holding and posing with the slippers. To elevate the concept we also wanted to include some ‘gag’ shots which would reflect and tie in with Moshulus existing social content. This involved dropping slippers that when cut in post production, gave the illusion of appearing on the feet of our model. Another example would be the shoe magically changing on every tap of a foot that was tapping to the music.

Once we had our creative route figured out we started casting and pre-production. We bought props and Moshulu worked with our stylist to produce an impressive matrix of costumes to match each product. Unlike most productions we work on, we had a long lead time which allowed us to consider all options and possibilities for the shoot.

We also decided to do a full tech recce to test the camera settings as well as experimenting with potential ‘gags’ that we offered up as created options to the client. The tech recce was incredibly useful for the camera settings as we planned to key the background of every shot meaning we needed the highest quality images with low motion blur and as little noise as possible. We settled on 8K footage as this offered us the most options in post production with reframing as well as keeping enough information to produce a strong key.

Once everything was organised and in place the shoot day arrived. Thanks to the extensive pre-production everything ran like clockwork.

We had 3 models and 3 dancers who had multiple costume changes throughout the day. In order to keep energy levels up, we cranked up the music to create a fun and energetic atmosphere. All music was pre-vetted by one of our crew members to ensure the tempo of the music was correct for the track we will use in the final ad. We wanted to keep all of the dance moves in time with the correct tempo to make sure every dance move we shot could be used in the final ad. 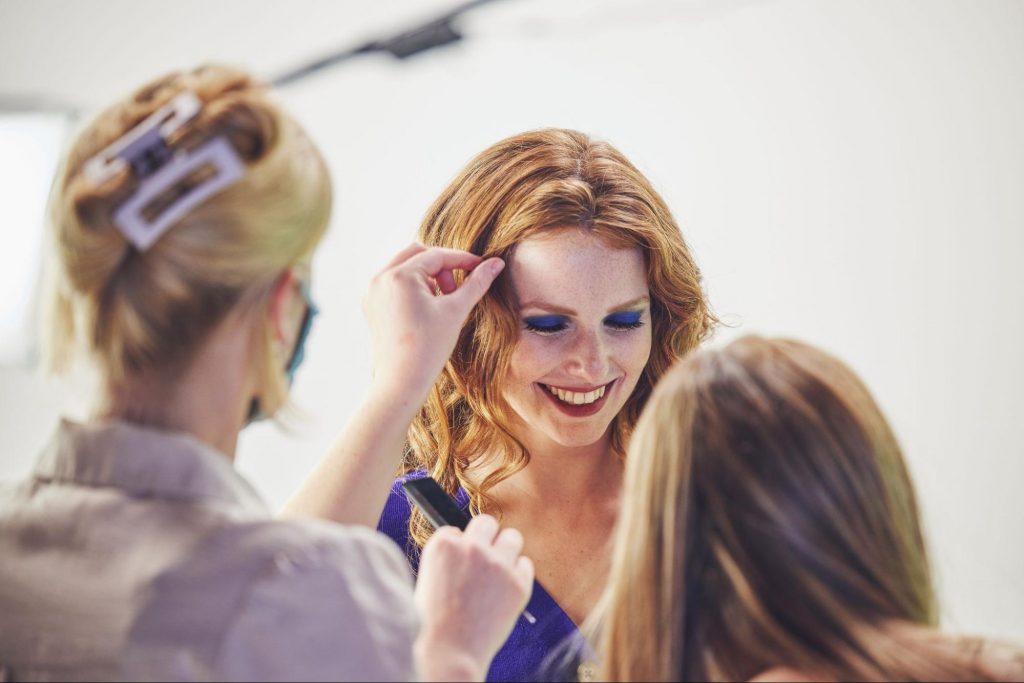 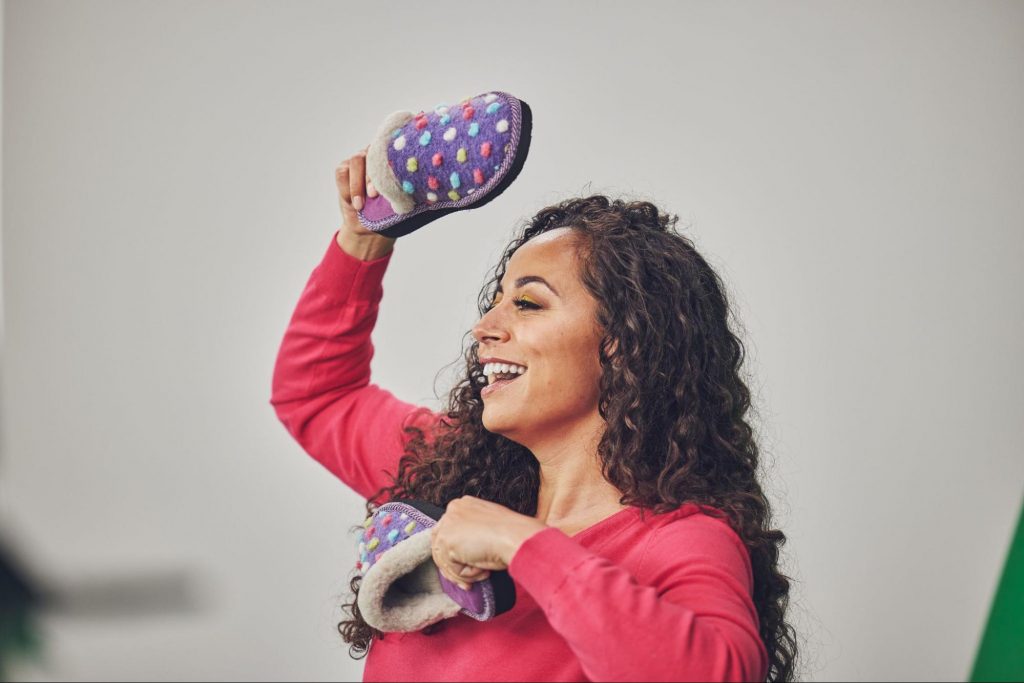 The energy was really fun in the studio. All of the cast and crew were dancing and singing along regardless of whether the camera was rolling or not. We even finished ahead of schedule which allowed us to have some fun at the end of the day. We decided to film some unplanned group shots which led to the dancers creating their own routines. For the final shot the crew all grabbed a pair of slippers and came dancing into frame. We even had a little dance off which was a really fun way to end the shoot. 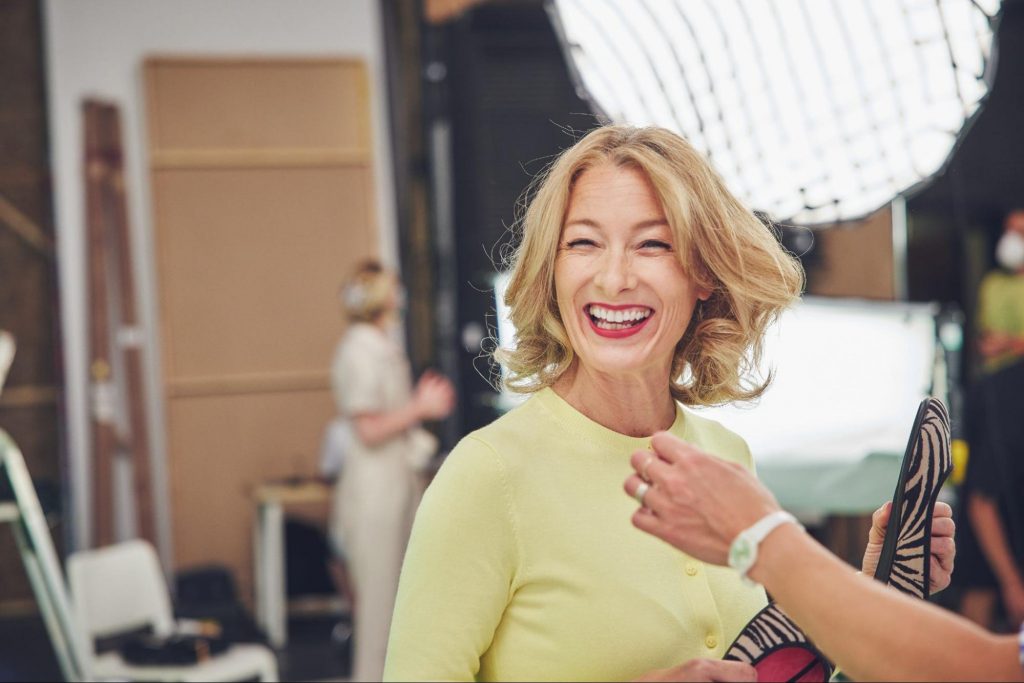 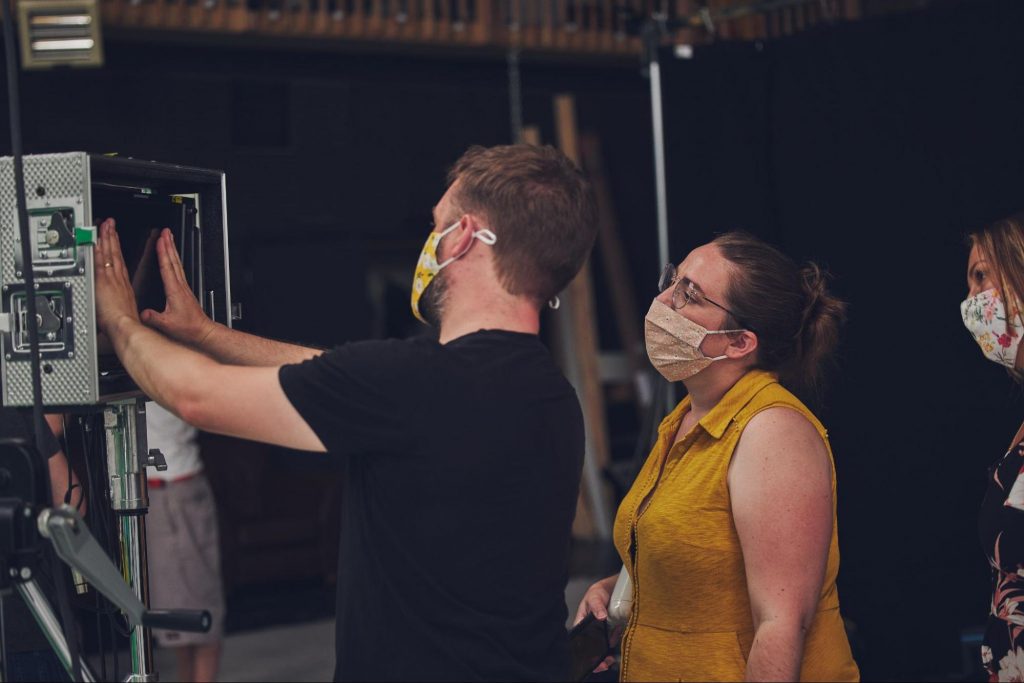 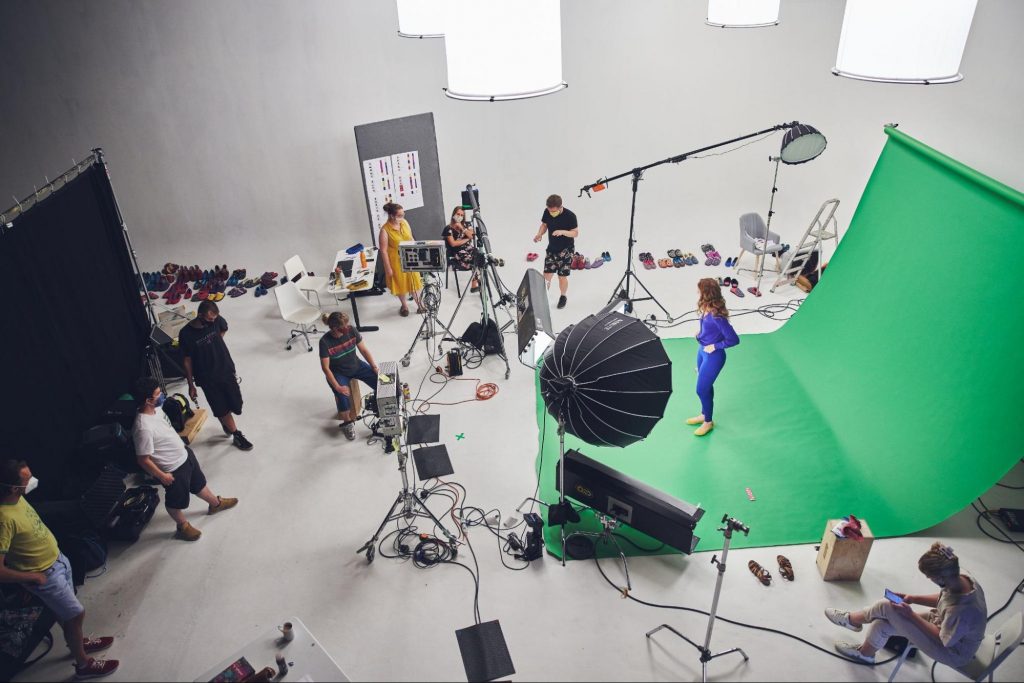 We have now moved into the post-production phase where the hard work begins. We will be keying each shot and colour shift the backgrounds so that each shot matches the hex codes for the brand. We have ingested the footage and started on the rough cut. We still have plenty of work ahead of us, but it is already coming together and we are excited to share the final ad once we have finished. Make sure to look out for the ad from October onwards with sale promotions to follow.

Many thanks to Steve Pankiewicz for sharing the behind the scenes stills. 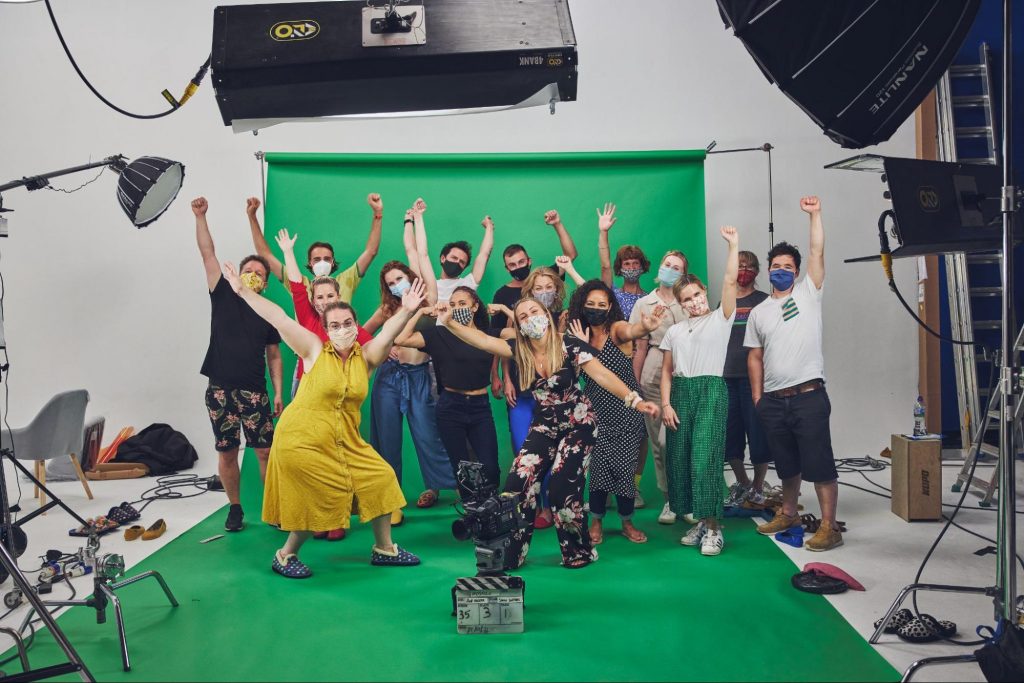 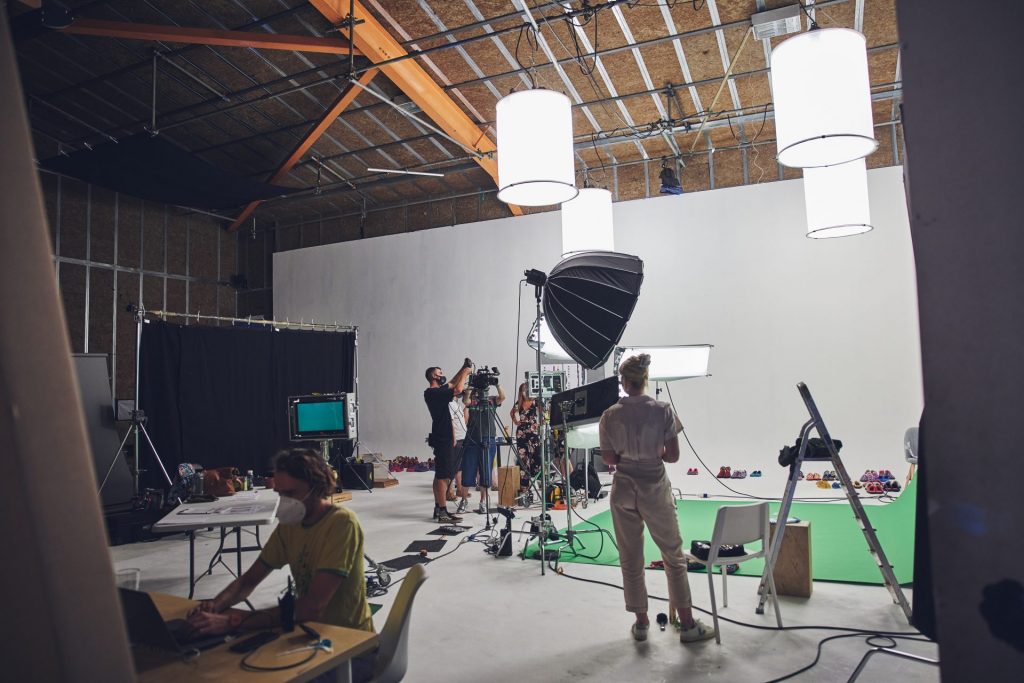